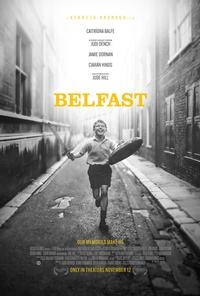 PG-13
Written and directed by Oscar-nominee Branagh, the semi-autobiographical film charts a boy’s childhood during the tumult of the late 1960s in the Northern Ireland capital.

RATING REASON: for some violence and strong language min
About Film Ratings