The Silence of the Lambs - 30th Anniversary 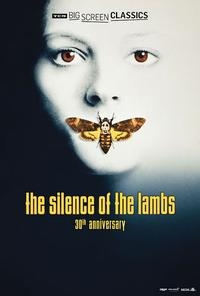 R
With a psychopath named Buffalo Bill is murdering women and believing it takes one to know one, the FBI sends Agent Clarice Starling (Jodie Foster) to interview a demented prisoner: Dr. Hannibal Lecter (Anthony Hopkins), a cannibalistic psychiatrist whose fascination with the young agent is as great as his hunger for murder. As their relationship develops, Starling is forced to confront not only her own demons, but also an evil so powerful she may not have the courage to stop!

Invite an old friend for dinner and to see this event that includes exclusive insights from Turner Classic Movies.

Showtimes for The Silence of the Lambs - 30th Anniversary

CLICK ON A SHOWTIME TO PURCHASE TICKETS
WedOct 20
7:00p