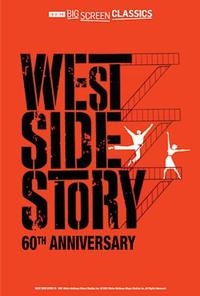 NR
This electrifying musical, with music by Leonard Bernstein and lyrics from Stephen Sondheim, sets the ageless tragedy of Romeo and Juliet in the slums of 1950's New York.

West Side Story explores the rivalry between two teenage street gangs – white working-class Jets and Puerto Rican Sharks. When a member of the Jets falls in love with the sister of the Sharks? leader, things look hopeful at first, but rapidly go downhill. Illustrating the events are many memorable song and dance numbers such as ?America?, ?Somewhere? and ?I Feel Pretty?.