To Kill a Mockingbird - 60th Anniversary 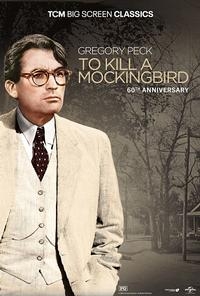 NR
Experience one of the most significant milestones in film history like never before with To Kill a Mockingbird. Screen legend Gregory Peck stars as courageous Southern lawyer Atticus Finch – the Academy Award®-winning performance hailed by the American Film Institute as the Greatest Movie Hero of All Time. Based on Harper Lee's Pulitzer Prize-winning novel about innocence, strength and conviction and nominated for 8 Academy Awards®, watch it and remember why "it's a sin to kill a mockingbird."

Showtimes for To Kill a Mockingbird - 60th Anniversary